Another crucial milestone has been met in SAMAD AEROSPACE’S Starling Programme. November 2020 has seen the successful conventional take-off and landing (CTOL) flight test of the company’s 50% scale fully electric aircraft.

Although the Covid-19 pandemic bought a chilling winter season to the aviation industry, Samad’s Starling project is blazing ahead, paving the path to commercialising the world’s first e-VTOL hybrid aircraft. Samad’s CEO, Dr Seyed Mohammad Mohseni, praises his team’s resilience attributing this latest success to their, “striking and unparalleled dedication during unprecedented times.” Samad’s Chief Production Officer explains, “We believe passionately in our proven technology, Covid-19 threw a few challenges our way, but this passion fuels our determination, securing this success.”

“CTOL trials are an essential step towards VTOL aircraft development. Ticking off the CTOL flight capability is a crucial step towards the validation of all flight modes. With CTOL trials complete, we will begin hovering trials and the flight trials will be concluded by transition between hovering flight and aerodynamic flight in both directions” 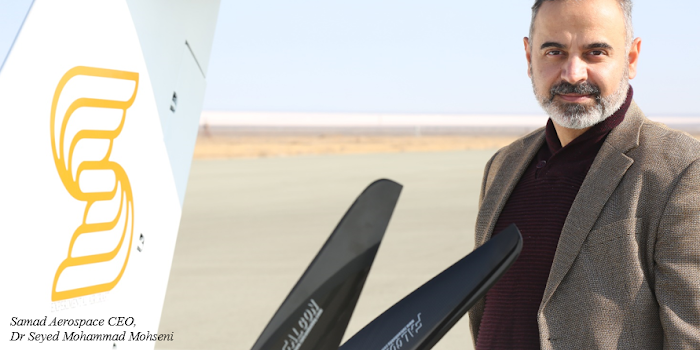 During the CTOL flight test (November 2020) the aircraft took off at a length of 250 meters, demonstrating a great potential for Short take-off and landing (STOL). Take-off and landing were smooth, and the vehicle maintained a comfortable cruise at a speed of (90 mph) airborne for over five minutes. Witnesses were amazed at just how quiet this aircraft was compared to a helicopter.

The flight tests included evaluations on aircraft flight dynamics, performance as well as handling qualities. As the e-Starling adopts a semi blended wing body (BWB) design, it requires a low angle for take-off; it is important to understand when the aircraft is capable of taking-off and at which speed.

Among other tests of subsystems were: brake, telemetry, redundancy links, and ensuring the centre of gravity (CG) of the aircraft is at the correct design place.

The aircraft’s performance matched the predicted calculations made during preliminary and detailed design stages.
​​​​“The data provided by the flight tests were sufficient and invaluable for us to feed into fine tuning the aircraft for auto pilot to allow us to conduct a subsequent test on auto pilot mode,” says one of the engineering crew on-site. 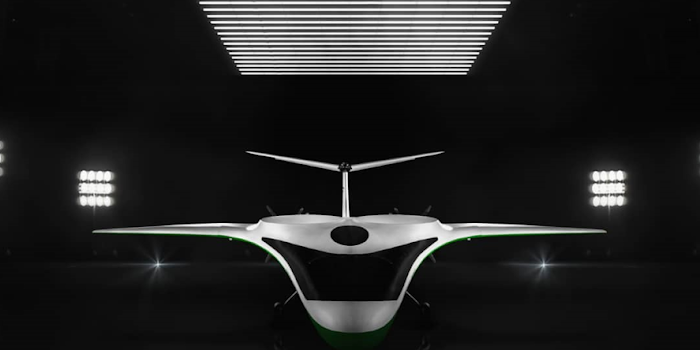 Why a CTOL test for a VTOL aircraft? The ability to take off and land conventionally is an important part of the safety justification for VTOL aircraft, a key safety contingency.

“Safety is key. We have investigated various safety challenges via CFD analysis and now through the flight tests using this 50% scaled CTOL prototype.”

Samad Aerospace is a disruptive green-tech start-up based in the UK. The company’s highly skilled and sought-after team of engineers are pioneering the development of the world’s fastest hybrid-electric vertical take-off and landing (VTOL) aircraft set to revolutionise civil air transportation globally. Samad Aerospace is now listed in the top 5 e-VTOL start-ups worldwide[1] and is regarded as an essential and key contributor to the 3rd aerospace revolution[2].

Samad Aerospace has been developing its unique manned and unmanned aircraft with two scaled prototypes (10% and 20%) successfully built, flown, and showcased in reputable international air shows such as Singapore, Geneva and Farnborough.

Preparations for the e-VTOL flight tests are already well underway. 2021 will see the completion of the 50% e-VTOL version of the e-Starling. 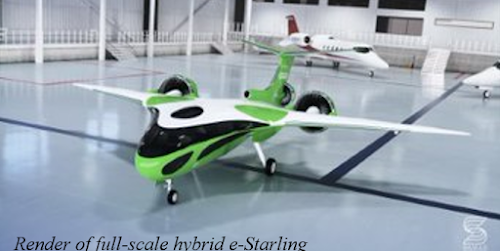