The successful test ensured the all-electric e-Starling’s CTOL flight capabilities and achieved an essential step toward its VTOL aircraft development. 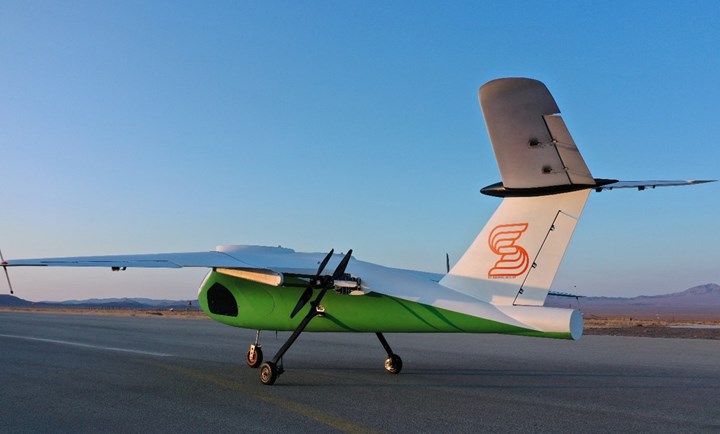 Samad Aerospace (Bedfordshire, U.K.), a disruptive green-tech start-up based in the U.K., reported in November that its half-scale, all-electric conventional take-off and landing (CTOL) aircraft, the e-Starling, has performed a successful test flight, establishing another crucial milestone for the Starling program.

Despite the effect of COVID-19 on the aviation industry, Samad says its Starling project is blazing ahead, paving the path to commercializing what the company claims will be the world’s first eVTOL hybrid aircraft. Samad’s CEO, Dr Seyed Mohammad Mohseni, praises his team’s resilience attributing this latest success to their, “striking and unparalleled dedication during unprecedented times. We believe passionately in our proven technology. COVID-19 threw a few challenges our way, but this passion fuels our determination, securing this success.”

During the CTOL flight test, Samad says the aircraft took off at a length of 250 meters, demonstrating a great potential for short take-off and landing (STOL). Both take-off and landing were smooth, the vehicle maintained a comfortable cruise at a speed of 90 miles per hour and it was airborne for over five minutes.

The flight tests also included evaluations on aircraft flight dynamics, performance and handling qualities, This included performed banking maneuvers, tests on yaw, pitch and roll and subsystem tests for the brakes, telemetry, and redundancy links. As the e-Starling adopts a semi-blended wing body (BWB) design, it requires a low angle for take-off, Samad says. Therefore, it was important to understand how the aircraft moved, and critical to knowing the aircraft capabilities of taking off and at which speed.

“CTOL trials are an essential step towards VTOL aircraft development,” Samad’s Chief Technical Officer, Norman Wijker explains. “Ticking off the CTOL flight capability is a crucial step towards the validation of all flight modes. With CTOL trials complete, we will begin hovering trials and the flight trials will be concluded by transition between hovering flight and aerodynamic flight in both directions.”

Apart from slow and fast taxiing on the runway and during the take-off and landing, the half scale demonstrator’s results are said to have shown stability in terms of handling quality and a correct center of gravity (CG). Overall, Samad says the aircraft’s performance matched the predicted calculations made during preliminary and detailed design stages. 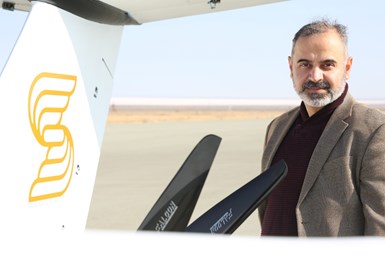 “The data provided by the flight tests were sufficient and invaluable for us to feed into fine tuning the aircraft for auto pilot to allow us to conduct a subsequent test on auto pilot mode,” says one of the engineering crew onsite.

Why a CTOL test for a VTOL aircraft? According to Samad, the ability to take off and land conventionally is an important part of the safety justification for VTOL aircraft, a key safety contingency. “Safety is key. We have investigated various safety challenges via CFD analysis and now through the flight tests using this 50% scaled CTOL prototype,” adds Samad’s Aircraft Design Adviser, Professor John Fielding.